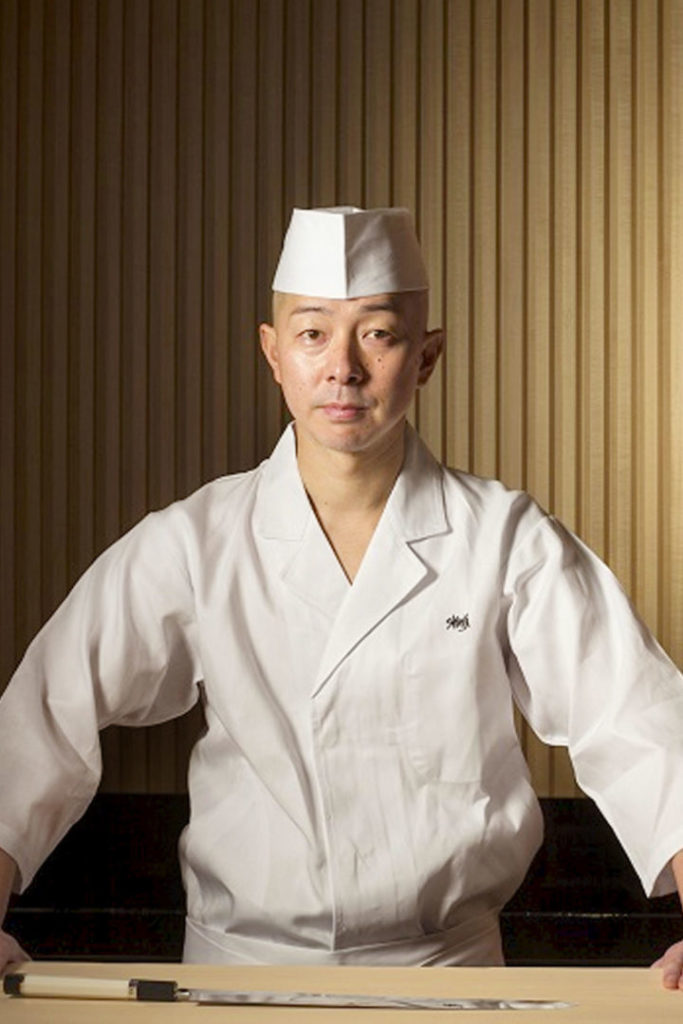 Born in 1972, Chef Shinji Kanesaka is an unassuming man who has a deep respect for his art, having spent more than half his lifetime honing his craft. With 2 Michelin stars tucked firmly under his belt, this sushi shokunin (sushi artisan) is a master of his trade.

In 2000, Chef Kanesaka set up Sushi Kanesaka in Tokyo’s prime Ginza district and has since garnered a steady stream of regulars, including those among elite circles.

What sets him apart from his counterparts and marks him as a culinary prodigy is his shari or rice. 80% of sushi consists of rice and, for Chef Kanesaka, the battle is already more than half won. The pure, distilled quality of his food as well as a certain inexplicable charm in both man and restaurant is the key to his success.

“I want to make sushi that I personally want to eat.”

At Shinji by Kanesaka, Chef Kanesaka believes that dining on the best sushi is a holistic experience, one that is best delivered with art and soul.

All rights reserved © 2023 Shinji by Kanesaka